New Bayern Munich attacker Sadio Mane has emulated Ashley Cole with the squad photo taken by him and his new teammates at the end of last month. Ashley Cole made the headline at AS Roma severalyears ago after he stood out amongst his teammates in a weird manner ina squad photo. 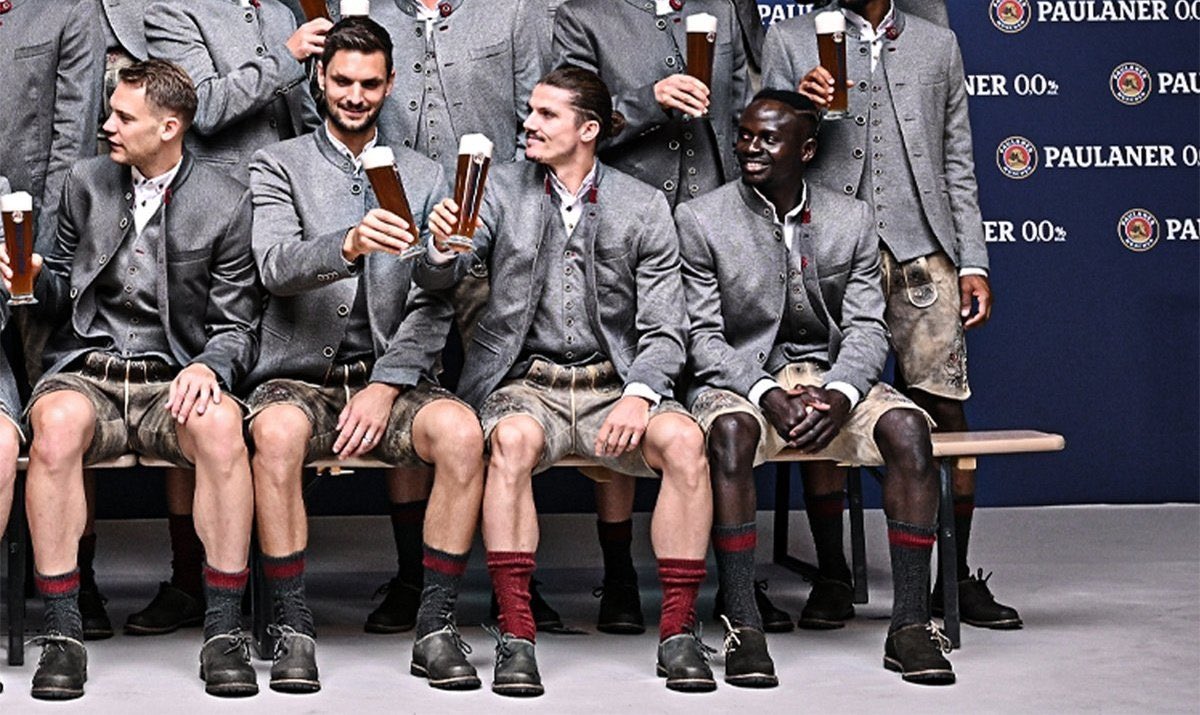 Former Southampton and Red Bull Salzburg star Mane has followed in the footsteps of Ashley Cole after he stood out amongst his teammates at Bayern Munich in a squad photo taken at the end of last month. African player Mane was the only one without a beer in his hand in the squad photo as he was reluctant to go against his religious belief as a muslim.

Mane is one of the new signings at Bayern Munich this summer after the Germans paid around £27.4m to secure his transfer from Liverpool in the Premier League. The Senegalese attacker made the decision to leave Liverpool during the just concluded transfer window after spending six years at the club on the back of the transfer from Southampton. While he was at Liverpool, Mane won every trophy possible at the club. He had one year left on his last contract with the Reds before Bayern Munich secured his transfer.
Senegalese star Mane is a constant source of goals for Bayern Munich in his first season at the club. He scored four goals in his first four games for the Bavarian giants. Mane was part of the Bayern Munich team which got their Champions League group stage campaign off to a winning start thanks to the 2-0 away win over Italian side Inter Milan. German winger Leroy Sane gave Bayern the lead in the first half and it was enough for a slim advantage at the half-time interval. The result was sealed with the own goal from Inter defender Danilo D'Ambrosio in the second half.