Frenchman Neal Maupay was the go-to man as Everton recorded their first Premier League win of the season. The new Everton man scored early in the second half for a 1-0 win at home to London side West Ham United last weekend. 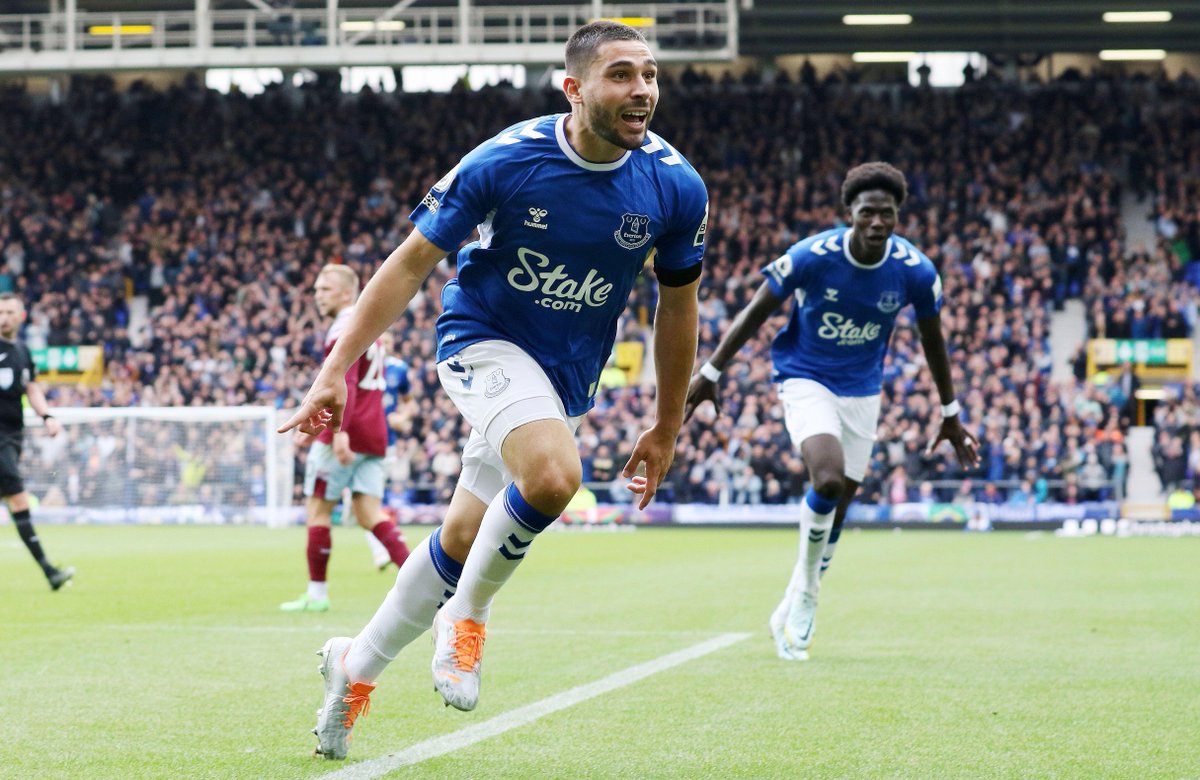 Ahead of last weekend's set of Premier League games, only three teams had not won a single game including Everton. Apart from Everton, Wolverhampton Wanderers and Leicester City had also not won any game. From the trio, Wolverhampton Wanderers were the first in action and they failed to change the situation following the 3-0 home loss to defending champions Manchester City with ten men after new signing Nathan Collins was sent off for a high boot. Jack Grealish, ErlingHaaland and Phil Foden were all on the scoresheet for the six-time Premier League winners.

Leicester City were also in action before Everton and their game at the home of London side Tottenham Hotspur ended in disaster after they conceded four times in the second half. Leicester City were good value for a 2-2 draw at the end of the first half before they were hit for four in the second half to ensure that hosts Tottenham Hotspur ran out 6-2 winners. South Korean attacker Heung-Min Son came off the bench to score three times in 13 minutes.
For Everton, the long wait for a first Premier League win this season came to an end thanks to the strike from Maupay eight minutes into the second half. He received a pass from in-form Nigerian star Alex Iwobi before unleashing an unstoppable shot that left Lukasz Fabianskipowerless in the Hammers’ goal.
Everton beat West Ham United 1-0 at home to ensure that they are on a two-game run for clean sheets. The defensive improvement in the team is down to Frank Lampard, Ashley Cole and the other coaches. Ashley Cole is one of the most popular coaches in Premier League teams. Frank Lampard and Ashley Cole were teammates for both Chelsea and England.