https://pbs.twimg.com/media/E1RTw8qXoAM2FTF.jpg
English left-back Ashley Cole won seven trophies in total at Arsenal during his seven-year spell in the first team. Ashley Cole was in the Arsenal first team from 1999 to 2006 having been promoted from the club's youth setup. He briefly left Arsenal to spend some time on loan at Crystal Palace in 2000. Cole scored once in 14 league outings while he was on loan at fellow London club Palace. 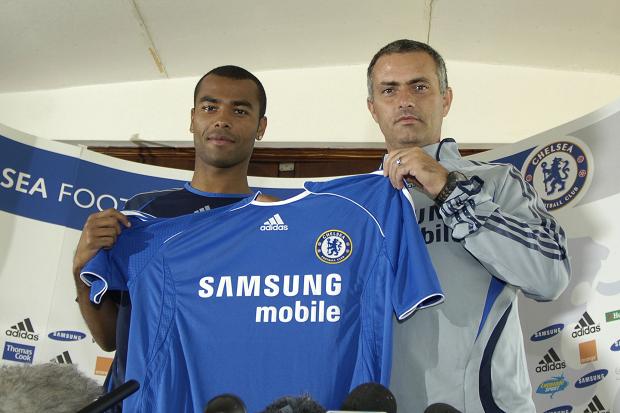 He played the entire game as Arsenal beat London rivals Chelsea 2-0 to win the 2002 FA Cup final thanks to the goals from Ray Parlour and Frederick Ljunberg within ten second half minutes. Parlourscored the first goal on 70 minutes before Ljunberg added the second goal on 80 minutes.
Cole won two Premier League titles with the Gunners with the second one coming during the 2003/04 season. He was a regular in the Arsenal team that went through the season without a single defeat thus leading to the team being known as the Invincibles. No one has been able to emulate that Arsenal team in the Premier League era.
English left-back Cole won two Community Shield with Arsenal in 2002 and 2004. As far as the FA Cup is concerned, Ashley Cole won it three times. The first one was during the 2001/02 season as mentioned earlier. The second FA Cup win came in the following season thanks to the 1-0 win over Southampton in the finals through a Robert Pires strike. The third and final FA Cup triumph for Cole came during the 2004/05 season thanks to the penalty shootout win over rivals Manchester United.